Thank you to Milka for recommending The Giver series by Lois Lowry. I enjoyed The Giver so much that I launched into the next three: Gathering Blue, Messenger, and Son. All four young adult novels are short, easy reads so they’re great for those of us most likely to fall behind on reading challenges.

Different communities are described in each book and it’s fun to compare them with each other, and then with our own society. The Giver shows a futuristic society that at first seems perfect. There are no wars. There’s no such thing as pollution, poverty, or hunger. Everyone rides bicycles to get anywhere within the community and there’s never any reason to leave.

But the characters never make any choices, which leads to having no real emotions, including love. A council decides everything: a person’s future career, spouse, children, meals. Individualism is discouraged. They think they’re content, but they’ve never known anything else.

Gathering Blue is then a surprise because the community is completely different. It’s a rougher place, with people living in huts and squabbling over territory. People act more on instinct or their own desires. They occupy themselves mostly with finding food through farming or hunting, though there is never enough food. Possibly because of this, they think nothing of ostracizing those with physical deformities, leaving them to die.

Messenger shows another, more balanced society. This one is based on welcoming outsiders, people who had to escape other places. Everyone finds a way to contribute to the community and it feels more like a family.

Then someone called the Trademaster appears. He has things people have never seen before, materialistic things, and they begin to trade the best part of themselves for those things. Materialism makes them more individualistic and they begin to worry that, with all the outsiders coming in, there won’t be enough resources for everyone. They vote to build a wall around the community. Outsiders are turned away. They don’t notice the connection between the Trademaster and the changes in their society.

Son ties everything up, with characters appearing from all three books like long lost friends. My favorites were The Giver and Messenger, mostly because of the unique communities but also because I loved Matty, the main character in Messenger.

Speaking of communities, I’m thankful for the friends I’ve found here. Milka (who recommended these books to me) has two great blogs: Perfecting Motherhood, a humorous look at parenthood with reviews of adult and children’s books, and a nature photography site where she finds beauty everywhere.

What do you think a perfect community would be like? Can we learn from fictional societies like these? 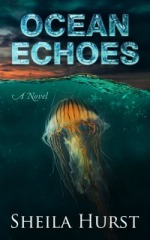