A few ups and downs are usually expected in the path ahead, but this path throws in surprise twists and curves, all while traveling through shifting sands.

It’s been called the Cape Cod Spiral. It brings unsuspecting bikers up to unimaginable heights before forcing them to plummet down the other side. When the path drops, it feels as if you’ve been shot out of a cannon as you try to navigate all the angles at warp speed. Narrow tunnels appear right after a few drops. At times the path seems suspiciously like a toy train track designed by a madman. But madmen do know how to have fun.

Provincetown is at the very tip of Cape Cod. It’s mostly sand. Even while driving into town, sand dunes rise up on either side of the highway.

The sand that collects on the bike path is just another obstacle. If you try biking too fast through it, you just might end up flat on your back appreciating the sky more than the dunes.

The Cape Cod National Seashore built this 8-mile loop in the 1960s. Maybe that explains it. After struggling to bike up the hills, it’s tempting to reward yourself right away with a downhill catapult supplied by gravity but the hilltops are the best places for water breaks with 360-degree views of the dunes and ocean.

After feeling the heat of the sun and sand, another leg thankfully travels through shady tunnels of green. Sun-baked pine and oak mingle with glimpses of the ocean beyond the trees.

This path leads to Bennett Pond, which looks a lot like a swamp but it does offer some pretty lily pad and tree root views.

Most Cape Cod bike paths were built on straight, flat railroad lines. They’re a little too easy. Not this one. It will make you work for your views.

The reward for so much up and downhill biking is a walk through the streets of Provincetown and lunch in a shady spot. If you’re lucky, the pet bird at the Governor Bradford Restaurant might decide to peek out of her house and entertain you with a song. 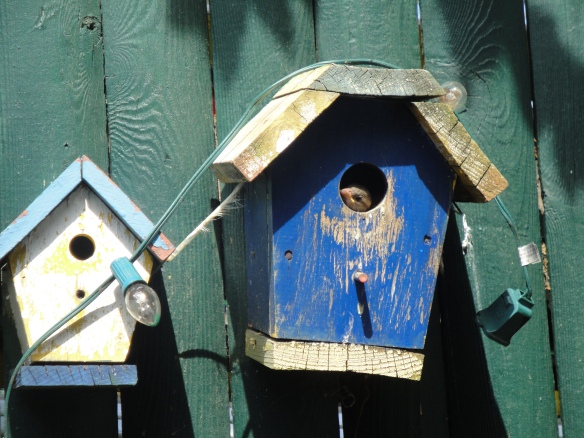 Sheila Hurst is the author of Ocean Echoes, an award-winning novel about a marine biologist who gives up on love to study jellyfish. A percentage from the sale of this book will go toward nonprofit organizations working to protect the world’s oceans for future generations.